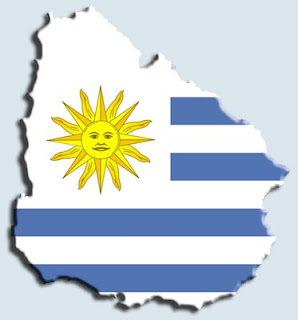 The author points out the vast differences between both countries especially when it comes to football. Having won the World Cup twice, Uruguay made it to the semi finals in South Africa while Malaysia is still harping on its 'glory days' in the 70s and 80s.

Here is an excerpt of the article;

Uruguay had reached the World Cup peak in 1930 and 1950 and the achievements were seen as a demonstration of the Uruguayan fighting spirit. What about the fighting spirit of Malaysians?"

On another note, Bernama reported that 'Malaysia and Indonesia will discuss the possibility of jointly hosting the World Cup football in future'. Wow (sic)! I can only imagine the frustrated look on Tony Mariadass' face if he learns about this. Read the earlier posting Let's talk about balls... and you'll know why.

HD says: I share your sentiments Lim. Sadly we can only write but are the powers-that-be willing to listen? Also, Malaysia to host World Cup? Seriously? Try closing the 1998 KL Commonwealth Games accounts first-lah.