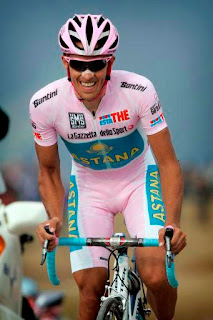 This could be Spain's year after all.

Eager to follow suit is Fiat Yamaha's Jorge Lorenzo who is currently leading the MotoGP pack with 210 points after winning at Laguna Seca - his sixth victory this season - over the weekend.

Bringing more joy to the Spainards is the fact that their economy is slowly picking up.

And fans of Madrid-born singer Enrique Iglesias could be in for a treat as he has pledged to honour his bet of skiing naked if Spain won the World Cup.

"I need to get my Brazilian wax before I do it," People Magazine quoted the singer as saying. "Actually, I'm just waiting for a day off. A bet's a bet. I used to do it in high school, so what's the big deal?" he added.

HD says: It's certainly a Spanish delight - minus Enrique naked.