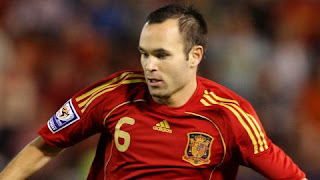 A week ago, Nadal pulled a similar feat. And the tennis star watched Andrea Iniesta (pic) score the solitary goal in extra time just minutes ago to see Spain win the much awaited World Cup title.

Both teams were tied to a goalless draw after full time.

Singapore’s Mani the parakeet better stick to its card reading job while the Spanish government should seriously consider adopting Paul the octopus or construct a bronze statue in honour of it!

HD says: Ugly football never wins. Glad that my prediction of Spain winning 1-0 in The Malay Mail was spot on.