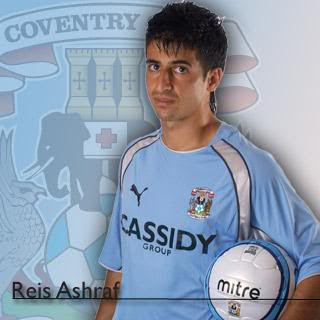 Don't bother sending a team only on the pre-text of gaining exposure.

The Philippines have decided to drop their women's tennis squad for the Asian Games in November.

Pakistan, shockingly, came to a conclusion not to send its football team as well. If the government remains adamant, guess we won't be able to see the likes of English-born Pakistani youngster Reis Ashraf (pic) playing. Ashraf, born on Sept 18, 1989 in Newport Pagnell, currently plays for Buckingham Town and is the cousin of former Manchester United and Queens Park Rangers player Daniel Nardiello.

Perhaps both countries are dealing with their own internal problems. The Filipinos claim there isn't a strong women's team so why bother. The Pakistan Football Federation, however, are taken aback with the decision and plan to appeal to the Sports Ministry.

Every country may have their reasoning. We too need to ensure that the China trip will not just be another 'lawatan sambil belajar' only for officials to return and say that "it was a good experience and hopefully we'll learn from this outing".

HD says: We've been to so many outings, often calling it a learning curve. Question is, do we ever learn?