The song remains the same 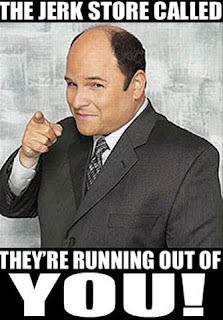 Many asked why have I not touched about the 'much anticipated' FA of Malaysia congress scheduled July 31.

There have been reviews about the candidates, written by fellow journalists and bloggers.

FAM joins the ranks of the other sporting associations such as the BA of Malaysia and the Malaysian Hockey Federation in paying lip service to the masses but have never really delivered.

I am disturbed by comments saying that a particular individual is there to fulfill a certain ethnic quota. It doesn't matter what colour or creed he belongs to as long as the person is a capable administrator.

I am also disturbed when administrators turn into politicians. They fail to see the needs and wants of the athletes and dance to the tune of the government agencies instead.

Lastly, I am disturbed when empty promises are made. Mean what you say.

And when you actually unearth the dirt and investigate into the wrong-doings, administrators, who sometimes pretend to be mightier than the Prime Minister say; "We don't need to respond to such articles."

Guess the same is happening in India too.

HD says: The lyrics may change but the song remains the same.