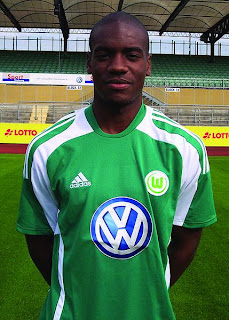 First we were told Manchester United and Barcelona are visiting KL.

Now word has it Inter Milan may swing by in KL as they are scheduled to play two friendly matches in Indonesia in May.

While that is being sorted out, bottom place Super League team KL are eager to hire former Inter player Loic Lumbilla-Kandja (pic).

Kandja may not be famous like Javeir Zanetti or Thiago Motta but the Frenchman of Congolese origins was attached to Inter's youth academy before playing with the senior team in some pre-season friendly matches as stated in the Italian club's website.