Razif: Don't toy with the players 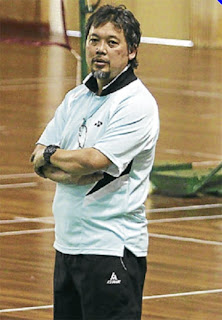 “I welcome their call and I think it is very noble for BAM to think about club players,” said Razif.“But I hope they are genuine and that this is not merely lip service. If they really want the best players to compete, they should gather all the top players and conduct a trial to see who is the best among the lot."

Those were the words of former international Razif Sidek (pic) when asked to comment about BA of Malaysia (BAM) deputy president Al Amin Majid's statement that "even players from clubs could be considered for the inaugural Axiata Cup".

But I did mention on Bernama's Radio 24 on their programme 'Dalam Radar' on Wednesday that a good player does not make him a good coach or administrator.

Or perhaps Razif is right. No matter what your ranking is or where you come from, the best should be selected through a trial before any major tournament.

You be the judge.