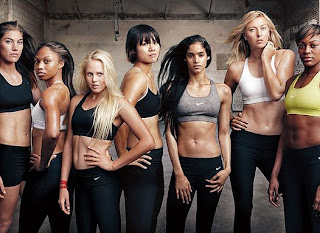 It is nice to see hitman Safee Sali enjoying acting stints on Indonesian TV. Football is his career but he gains extra cash - directly and indirectly - from such appearances and endorsements.
Sadly, most of our athletes still lack in this department.
Athletes like Safiq Rahim, Khairul Fahmi Che Mat and Azlan Iskandar are household names not only because they are good in the scene but they are media savvy - in their own way.
Consistent appearances in the media - may it be print, radio, website or television - gives them mileage to win the hearts of advertisers.
We are not asking them to bask in the limelight and forget about their priorities but to take advantage of their current status for their future as most quit the scene by the age of 35.
Sadly, some athletes don't view it that way.
Simple example. I was at the National Sports Council field in Bukit Jalil to interview the national team as they were preparing for a match against an EPL team. I approached seasoned players Hairuddin Omar and Amri Yahyah and they were ever willing to spend a couple of minutes of their time after the training session.
I then thought of speaking to a particular goalkeeper. For reasons best known to him, he went into hiding, covered his head and part of his face with a towel upon exiting the dressing room and headed towards the bus quickly.
No loss to me, honestly. But such attitude won't go down well with others.
It's time athletes learn how to manage themselves in front of the Press - even when trying to do damage control. It will certainly help them in the long run.
I wish to see more athletes on our billboards, an icon to the younger generation.
It will be great to see a pin up of our athletes like the Nike photo shoot (pic above) featuring some of the best international female athletes of today.
HD says: It is good to Hope.
athletes azlan iskandar Safiq Rahim