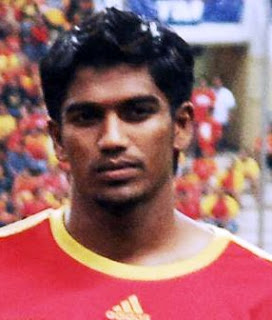 R. Surendran (pic) dislocated his shoulder, was forced to walk from the pitch to the car park and was taken by a Selangor official to the Kelana Jaya Medical Center for further treatment.

There were neither medical officers nor an ambulance on standby to assist the Selangor striker as the Olympic team played Selangor in a friendly match at the National Stadium in Bukit Jalil on Tuesday. The match ended in a goalless draw.

What is Muslim Ahmad, K.Gurusamy or Khairul Fahmi Che Mat had suffered a similar predicament or a life threatening situation?

Would we have prayed and hoped that one of the very many fans who made it to the pitch to take snap shots of the team walking out from the dressing room to be a doctor?

Read today's Mailsport - Where were the medics?

HD says: It's the simple things in life that matters..