Not so 'Special Meeting' 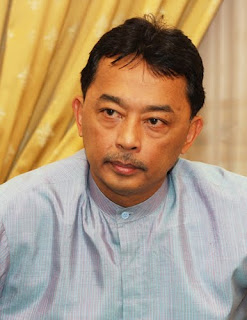 A press release was emailed by the FA of Malaysia (FAM) a day earlier, it read the FAM will hold a Special Meeting to address the match-fixing fiasco.

But all was revealed at the Press conference right after the meeting at Shahzan House yesterday - that the meeting was not to special after all.

Rightly put, it was a long awaited follow up.

And FAM deputy president Tengku Abdullah Sultan Ahmad Shah (pic), unlike most of his defensive peers, was quick to admit it.

Fact 1: FAM already has a Vetting, Transparency and Monitoring committee which is chaired by Aseh Che Mat. Sadly they only started meeting after this expose here.

Fact 3: Almost the same faces of the committee were seen at Shahzan House yesterday.

So was it a 'new' committee formed?

And Tengku Abdullah sums it up well;

“I am not happy (with the progress made) and that’s why we are here. I wanted to put my point across."

HD says: If only the committees actually worked in the first place. Don't expect the deputy president to do everything.
FA of Malaysia football match-fixing tengku abdullah sultan ahmad shah